This month’s textile of focus is the Jacquard coverlet, a trendy feature of American home décor ca. 1820s-1860s. Also trendy around this time: painted wood floors, patterned “Oriental” wallpaper, and living past 38.

Although they became quite popular in the U.S., Jacquard coverlets originated in France. Silk-weaver Joseph Marie Charles “Jacquard” invented a loom attachment that simplified and sped-up the weaving process. Utilizing a series of punch cards, the Jacquard attachment allowed a single unskilled worker to weave complicated patterns. Prior to this, you needed two people—a skilled artisan and a draw-boy—to operate a loom.

Ç’est magnifique!, you are probably thinking. What a wonderful invention that everyone must have glommed onto right away. Wrong! While the French government loved Jacquard’s device so much that they nationalized it, the skilled weavers and draw-boys, (rightfully) fearing for their livelihood, fiercely—and sometimes violently—opposed the invention. In England, word of Jacquard’s invention even fueled the anti-industry Luddite movement.

Americans readily accepted Jacquard-enhanced looms and soon “Figured & Fancy” coverlets could be found covering things in rural middle-class homes all over the mid-Atlantic and Midwestern states. Usually made of cotton and wool by professional male weavers, Jacquard coverlets were often commissioned to commemorate special occasions like births and weddings. Corner blocks frequently included the weaver’s name, customer’s name, date and the name of the county. When you see a woman’s name in the block, it’s usually the customer, rather than the weaver.

Other characteristics of a Jacquard coverlet include: 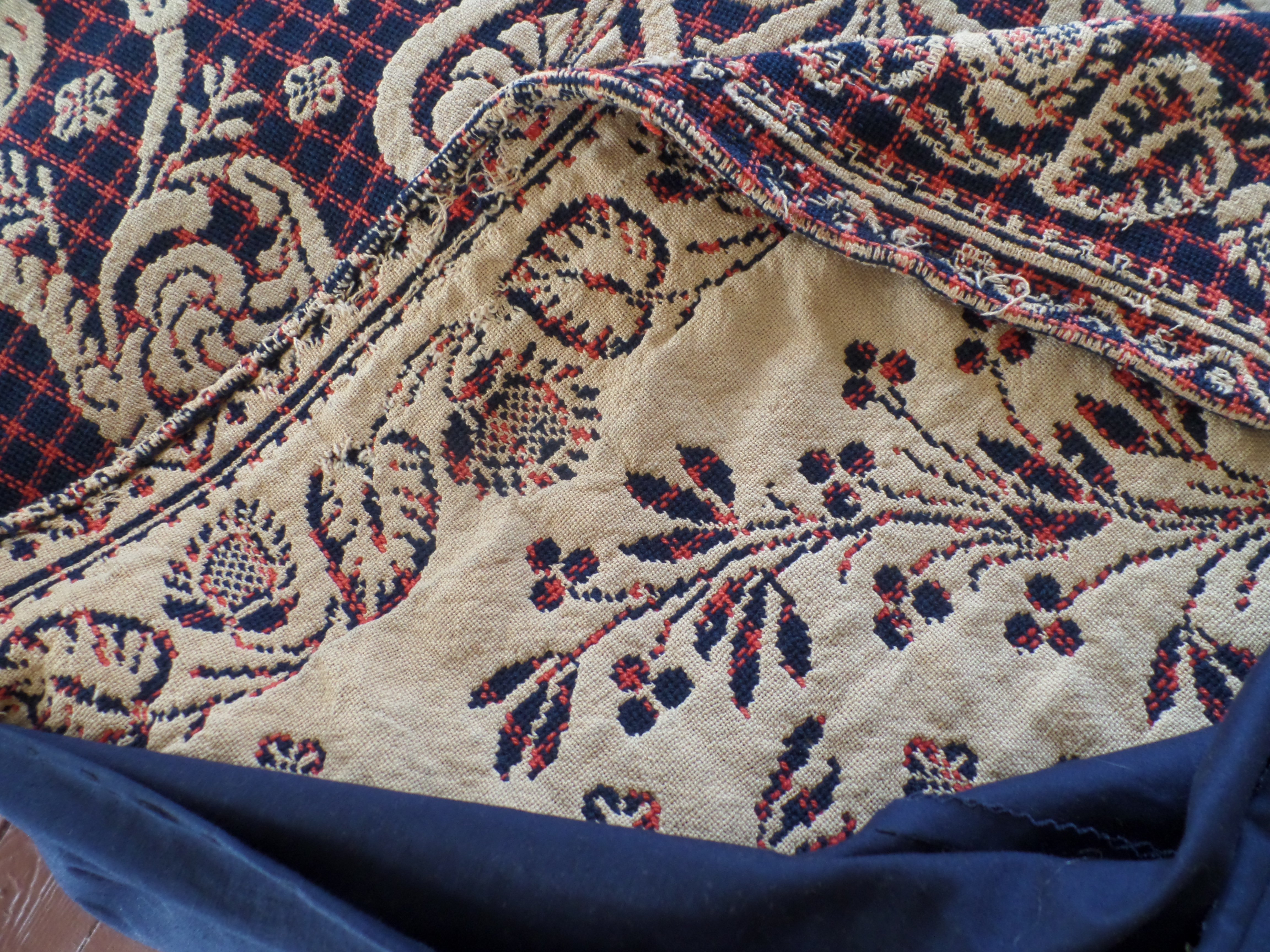 Reversibility—coverlets may be displayed on their summer (lighter) or winter (darker) side. 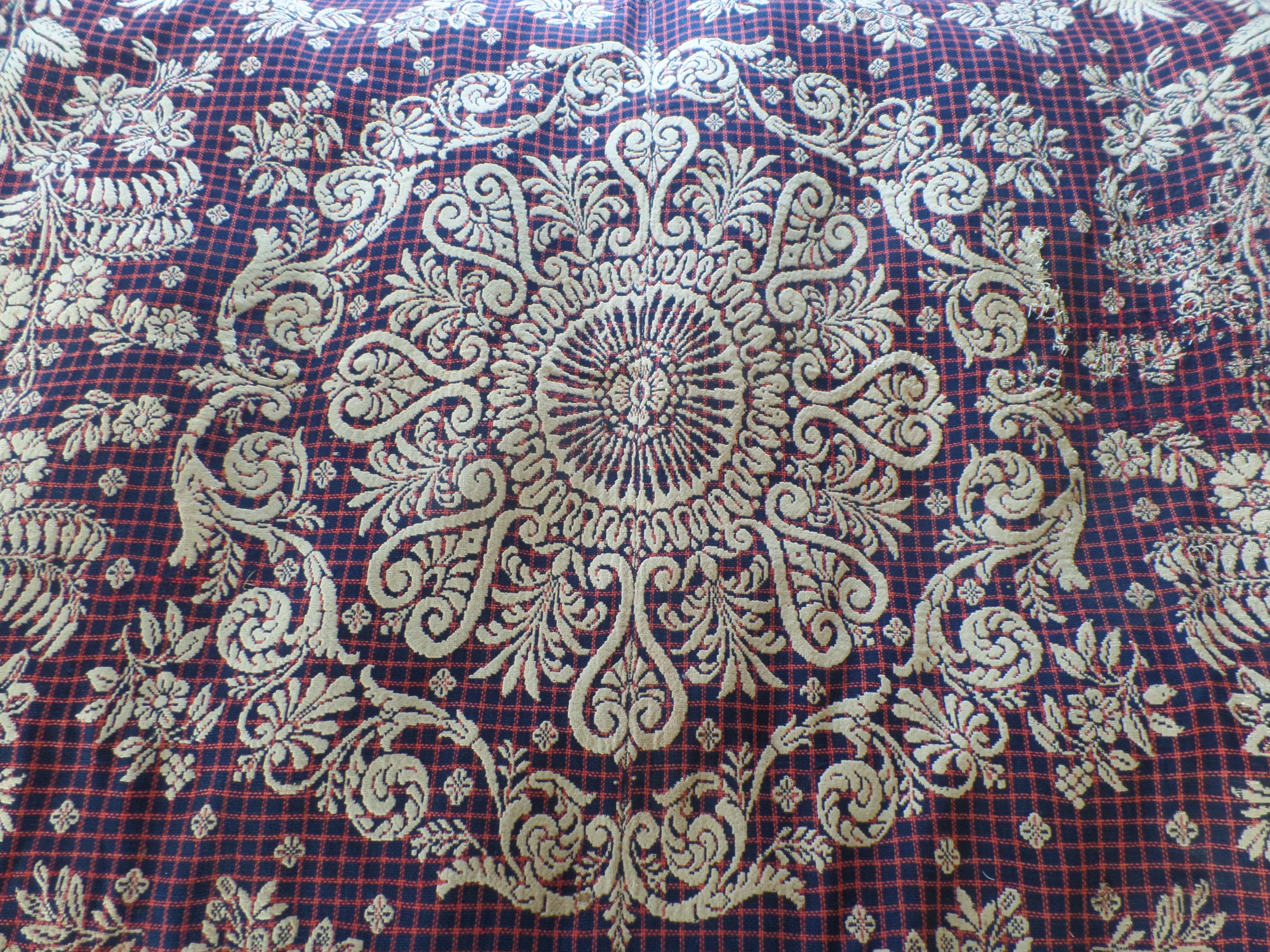 One or more seams—power looms were narrow, so two or three woven panels were sewn together. 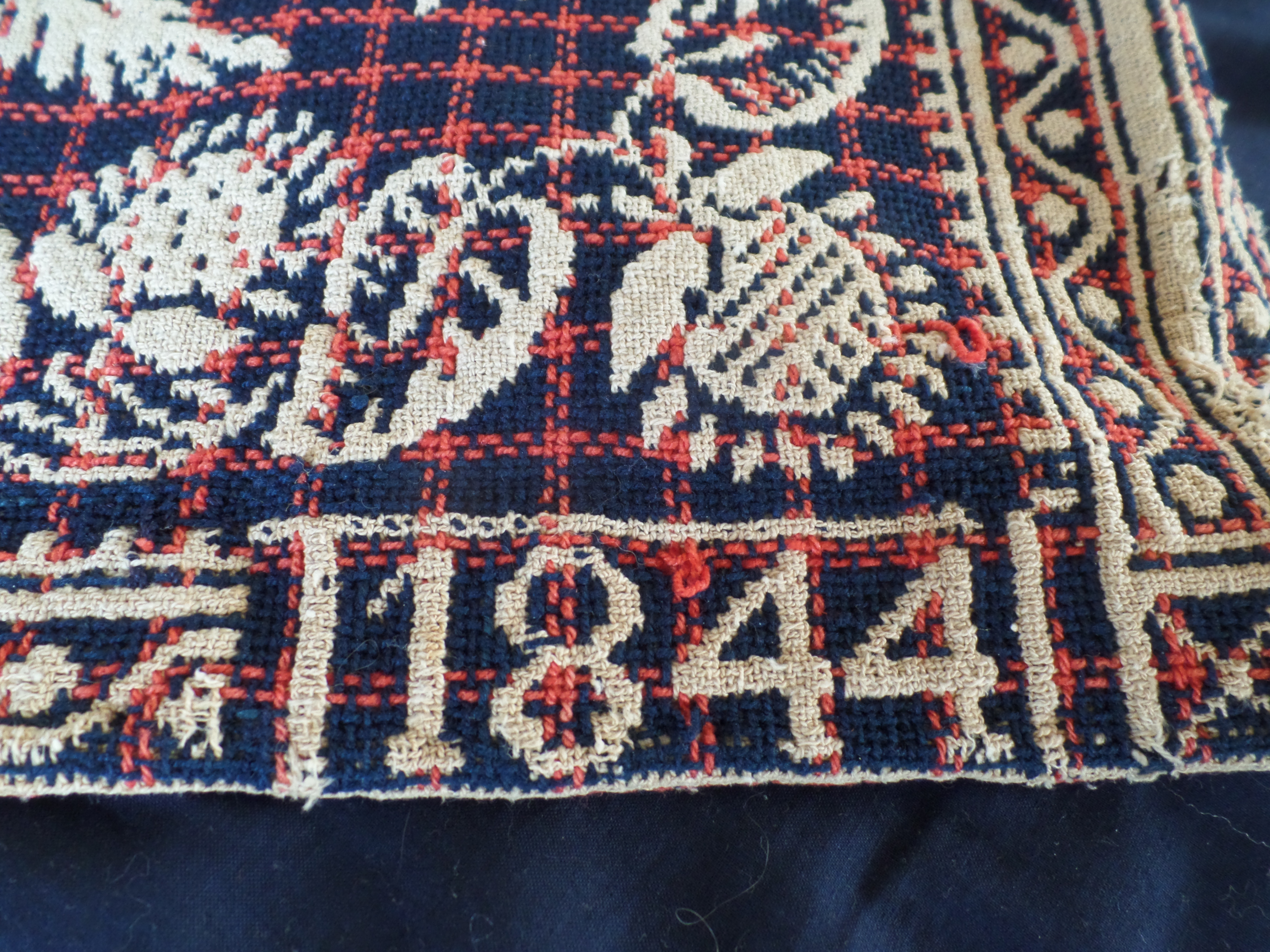 Pictured in the three photos above, this Jacquard coverlet from the collection of the Troy Historic Village belonged to Mary Jane Sipperly of Schuylerville, New York. She is pictured below with her family: 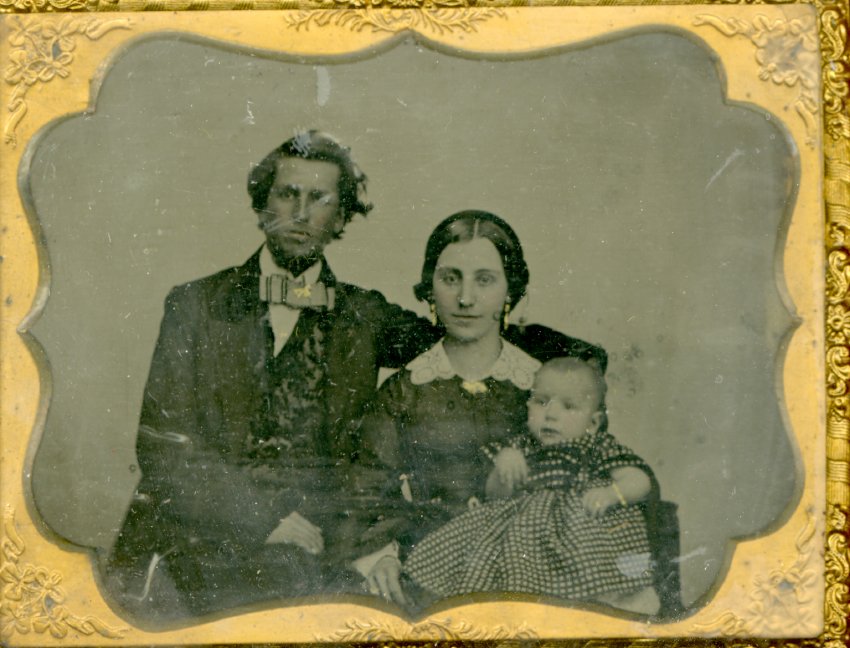 In Stoney Creek, Michigan, Abram Van Doren had a lucrative coverlet weaving business from 1844-1851. Van Doren’s Double Rose and Double Lily patterns were passed down like secret recipes amongst the weavers in his family. This August, the Village will showcase four rare Van Doren coverlets from the collection of LaVere Webster, along with an amazing array of vintage and modern quilts.

In the meantime, you can check out these sources for more on Jacquard coverlets: