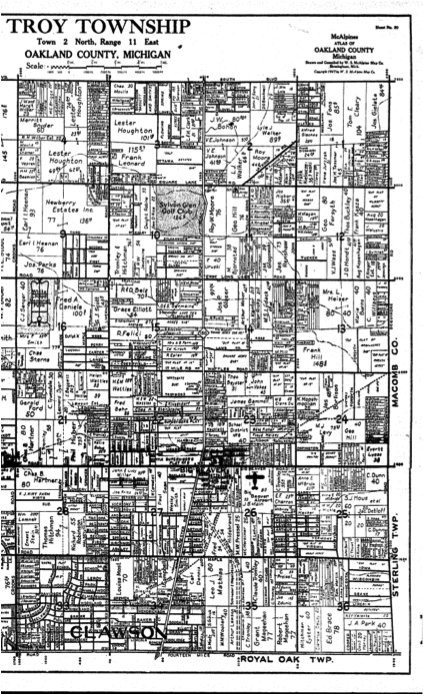 History, minds, and cows can be rambling things. With a team of “interpreters, a variety of volunteers, and an assemblage of researchers; we could go anywhere, but here’s a direction. Make the bubble of History a bit smaller; let’s use the 20th Century, let’s use Troy. Author Ray Bradbury (better known for science fiction) did this with one summer in his novel “Dandelion Wine“.

This month’s mission is an appeal to an audience interested in gathering, capturing, sharing. How does one procure the information and share it back in meaningful doses? The Meaning of Everything—if you have an hour for youtube; the Story of the Oxford English Dictionary by Simon Winchester is a wonderful account of the creation of the greatest reference dictionary of its time. However, the greatest untold (and unremunerated) asset for the production of the OED was volunteer readers/contributors. Could we use information on a similar basis to create Troy memories?

Set some limits. Let’s make the bubble of history just contain the 20th Century layer. Can it start with boustrophedon? (Look at Numbering in a Township—accompanying image.) Sections of townships (measured out in the territorial and state surveys)  follow this pattern. The Northeastern Troy is Section 1 (think of it as the square mile bounded by Dequindre, South Blvd., John R, and Square Lake Roads). Beginning small, can readers look only at Sections 1, 2, & 3? By this map reckoning, one will get as far west as Livernois, and still be on the northern border (the Italian northend?—Anthony, Anthony!) of Troy. There are no modern schools in these three sections. Were there schools here in the 20th Century?

Section 1 today holds Troy Beaumont Hospital, Flynn Park, Sanctuary Lake Golf Course and subdivisions. There’s an eye doctor on South Blvd and more. But one wonders, why Section 1 so empty of development?  Section 2 has Atkins Road going across a corner near the Troy Union Corners Cemetery, and Emerald Lakes Estates subdivision. Who remembers the gravel pits that preceded homes?  In this square mile (Sec. 2) find the Alibi and Petruzellos as well. The third section is mostly residential, but does hold some businesses at main intersections. Along the Rochester Road edge, Section 3 held John Lovell’s one-time gas station (now the Tortoise and the Hair); north on Rochester Rd. is Peacocks Poultry. Who remembers Norton’s Dairy?–those wandering cows–and Lovell Field? (for biplanes) What about the people who lived there in the 20th Century? Wroblewskis, Rocks, Neffs, Moulis’s and others are recollected. There are, of course, many others. The contributor of those names attended Avondale Schools; one expects Troy Schools could be tapped as well. Send some collective memories without it being “too much information.” Distill a memory, caption a photo, send a note to ypd@thvmail.org with subject line “Troy Section 1, 2, 3.”

The Meaning of Everything-if you have an hour for youtube