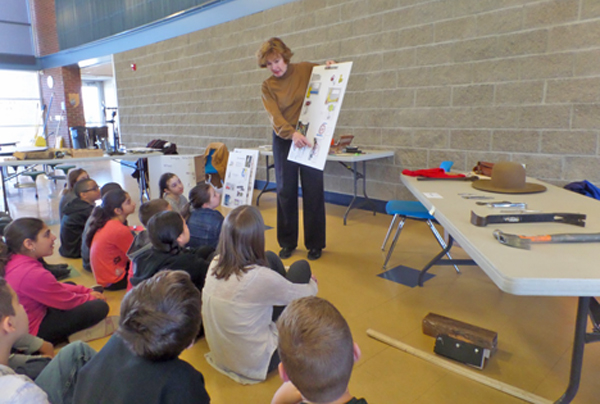 Leap Day and Leaping into Schools.

“But you are 21!—“sings Mabel, who is interrupted by Frederic. “I’ve Just discovered—that I was born in Leap Year! So that birthday will not be reached by me until 2040.”

“Oh horrible! Catastrophe appalling!” is Mabel’s reply. This short, and amended, dialogue is from Gilbert and Sullivan’s Pirates of Penzance. The characters are being quite literal about the number of true birthdays Frederic must have before he is free of his apprenticeship with the pirates.

I happen to know a set of twins from Madison Heights who share February 29 as their birthday. They are 24 years old in 2016, but celebrate their sixth birthday this Monday. Their method of celebrating has been that one has a birthday all to him/herself (they are fraternal) on February 28, and the other twin gets March 1 for a unique birthday. That system works until the year is divisible by 4, such as 2016, when together –on the same day—they celebrate! If you have twins on Monday, February 29th 2016, I recommend this plan!

This Leap Year the teaching staff (cultural interpreters) of the Troy Historic Village proposed, planned, prepared, and presented four different classroom experiences that went to local schools. Loraine Campbell secured a grant to help us grow our outreach through the Phillip and Elizabeth Filmer Charitable Trust. We called the set of these programs History to You, or H2U for short. By the time this blog is posted, the Troy Historic Village will have been in Pontiac Schools, Warren Consolidated, and Troy Community Schools. The extent of our reach is from 3rd grade to 8th grades. The presentations have also been far-ranging “Great Lakes Fur Trade” (from about 1770) to “Industrial Revolution” (into the 20th Century).

My quill speaks for the interpretive staff to say we have enjoyed seeing these programs conceived and born. True, they have given us some sleepless nights, and we have involved others in the care and feeding (and funding). H2U programs are being documented as they mature, and I expect we will celebrate their anniversaries in later years. I think, too, in four years H2U programs will be worthy of an even greater celebration!