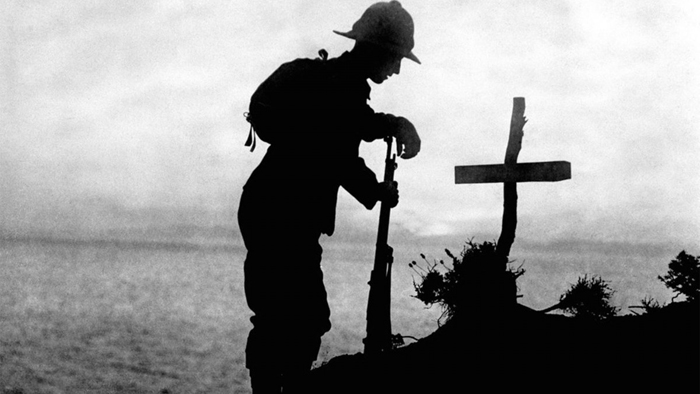 This year will mark the 100th anniversary of our country’s entry into WWI. The “Great War,” as it is often called, began on July 28, 1914 when Kaiser Wilhelm II of the Austro-Hungarian Empire declared war on Serbia following the assassination of Archduke Franz Ferdinand and his wife, Sophie the Duchess of Hohenburg. Wilhelm stated, “This war will demand of us enormous sacrifice in life and money, but we shall show our foes what it is to provoke Germany.”

This sober prediction was more accurate than the Kaiser ever imagined. During the next four years over 70 million military personnel, including four million Americans, participated in what quickly became a global conflict. Trench warfare, mustard gas, and new weapons developed using technologies of the Industrial Revolution changed how armies fought. More than nine million soldiers and seven million civilians were killed or died of disease, including 110,000 Americans.

The United States entered the war on April 6, 1917 after the American steamer Aztec was sunk by German U boat attack and Britain intercepted the Zimmerman Telegram. This coded communication from Germany’s Foreign Minister Arthur Zimmerman to Mexico, promised to return Texas, New Mexico, and Arizona to Mexico if that nation formed an alliance with Germany and fought against the U.S.

One November 11, 1918 11:00 a.m., after four years of grueling warfare, hostilities ended when Germany signed an armistice with the Allied Powers in France. “War to end war”, a reference often attributed to President Woodrow Wilson, was over. However, the peace forged by the Treaty of Versailles and the efforts of the New League of Nations would fail in only 13 years as Hitler and fascism emerged.