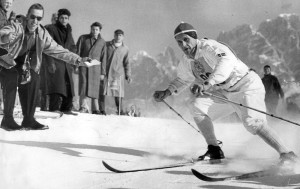 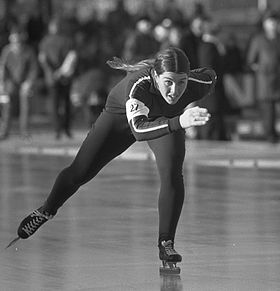 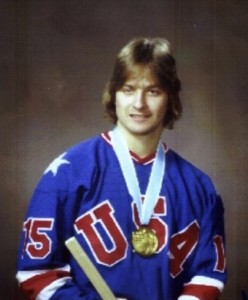 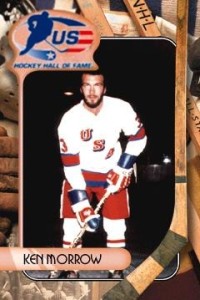 The year was 1924, the place was Chamonix in the French Alps and the event was called ‘International Winter Sports Week.’ Two hundred fifty-eight athletes competed in 16 events, including bobsleigh, ice skating and hockey, as well as military patrol, the forerunner to the modern day biathlon event. With just over 10,000 spectators, Winter Sports Week was such a success that the competition was retroactively named the First Winter Olympic Games and was held once every four years, except during World War II.

Perhaps unsurprisingly, Michigan has produced many Olympic athletes—and medalists—in the Winter Olympics over the years. Sheila Young, a speed skater from Birmingham, was the first American to win three medals in a single Winter Olympics in 1976. Mark Wells of St. Clair Shores and Ken Morrow of Flint were members of the 1980 ‘Miracle on Ice’ hockey team that finally defeated the Soviets’ gold medal winning streak. Morrow was also the first hockey player to win both Olympic Gold and the Stanley Cup in the same year (1980).

Less happily, Cobo Hall in Detroit was the site of the 1994 attack on figure skater Nancy Kerrigan, an episode that put Kerrigan and rival Tonya Harding in the national spotlight one month before the Winter Olympics in Lillehammer, Norway. Both Kerrigan and Harding competed on the U.S. Olympic team that year, with Kerrigan taking silver in the Individual Figure Skating competition.

Though the USSR had hosted the Summer Olympic Games in 1980, the 2014 Games in Sochi were the first Winter Games to be hosted by the Russian Federation. Of the 2,873 athletes who participated in Sochi in 2014, over 40% were women—a marked difference from the 1924 Games in which women represented only 4% of the total athletes. The number of events has grown from sixteen in 1924 to ninety-eight in 2014. Twelve new events in 2014 included team figure skating, luge relay, biathlon mixed relay, women’s ski jumping, snowboard and ski slopestyle, ski half-pipe and snowboard parallel slalom. The XXIII Olympic Winter Games will take place in PyeongChang, South Korea in 2018.