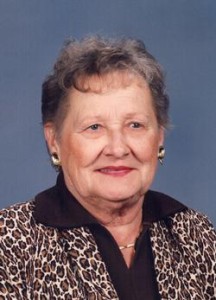 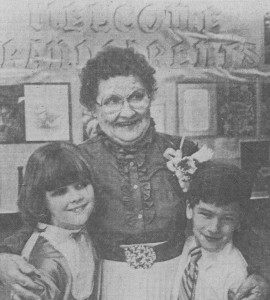 Photos:  Ruth Wass with her students and the namesake of Wass Elementary School

The Troy School District can be commended for constructive thought in the naming of their schools. Instead of looking to state or national figures, nearly all Troy Schools honor local families, locations, or individuals who can be credited with making Troy into the community it is today. Among the individuals are some that wouldn’t surprise—a local judge, Troy’s first mayor—but others were outstanding former employees of the school district. The honor of having a school named after them went to a beloved custodian, Walter Bemis (more on him in another story), and Mrs. Wass, a teacher in Troy for 45 years.

In 1913 the woman who would be Mrs. Wass was born Ruth Miller to Walter and Charlotte Miller. The Millers lived near the Big Beaver settlement (Rochester Road and 16 Mile) in Troy Township. Ruth also went to school at the Big Beaver School and attended Big Beaver Methodist Church. In those days, Troy had a population of about 2,000 people (compared with more than 80,000 one hundred years later), so people knew one another.  Ruth and her younger sister, Mildred, grew up when cars were few and horses and wagons still served most farms. The Millers were owner-operators of Miller’s Bar (pool hall and gas station, too) and Charlotte’s Beauty Shoppe. This meant that young Ruth had more-than-average opportunity to meet neighbors. Other landmarks included Schultz’s Blacksmith, Lamb’s General Store, Torpey’s Meat Market and the D.U.R Streetcar (along Main Street or Livernois, 1 mile away).

As a young adult, diversions included dances at MacGuire’s Barn, trips to Detroit for Sander’s Ice Cream, and trips to Royal Oak for picnics. Ruth Miller’s first job as a teacher was at Colerain School (John R. and 18 Mile) when she was 18 (for the 1931-32 school year). At Colerain, her responsibility was teaching 65 students in grades 5 through 8. On hot days, she recalled students dipping into the nearby creek at recess.

Ruth Miller met and married Vernon J. Wass, being fortunate that rules prohibiting women teachers from marrying had been relaxed. They had a daughter, Barbara, in 1942, and Ruth taught part-time. Barbara started Kindergarten at Colerain. When Ruth returned to full-time teaching, Troy was growing and adding schools—She taught at Poppleton, Morse, and Big Beaver. After graduating from Wayne State University, Ruth became Troy School District’s first Supervisor of Reading (later Director). In her words, “I taught at every Troy Elementary except the ‘new ones.’” She did, however, lose Vernon to gall bladder surgery in 1962. Her devotion to Troy Schools continued, as did the district building boom, and just as she was about to retire in 1979, Ruth Wass Elementary was opened–less than 1 mile from where she had begun her teaching career.

Longevity in her teaching career was carried into the rest of Ruth Wass’ life. She was active at Big Beaver United Methodist and returned many times as a special guest to the school named in her honor. She founded and remained involved in the Troy Chapter of Alpha Delta Kappa and its annual awarding of scholarships. When Ruth Wass died at age 101 in November of 2014, Price Funeral Home and Big Beaver United Methodist Church officiated. It was a local send-off for one Troy’s most devoted and well-loved teachers.