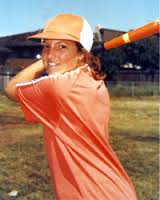 In 1980 there were 30,000 alcohol-related traffic fatalities in the United States. While police and first responders saw these tragedies first hand, the victims of drunk driving had no voice and there were few laws to discourage drunk driving. That changed when 13-year old Cari Lightner was struck and killed instantly by an intoxicated driver in May 1980. Her mother, Candy, sat in her daughter’s bedroom and vowed to do something.

Candy Lightner and her friend Sue LeBrun-Green learned quickly that drunk driving was not considered an issue by American society. The legal age for drinking was 18; the sale of alcohol in stores, restaurants, and bars was big business, and state and federal DUI legislation consistently failed to pass.

Mothers Against Drunk Driving (MADD) set up an office in Cari’s bedroom. Candy and Sue connected with the families of other victims through classifies ads and newsletters. Through this network Cindy Lamb reached out from Maryland to the fledgling California group. Cindy’s 5-month old daughter had become the nation’s youngest paraplegic as the result of a drunk driving crash.  On October 1, 1980 Lightner and Lamb went to Washington D.C. and gave a press conference that rocked the nation. “You could literally feel things change at that moment,” said Charles A. Hurley, of the National Safety Council.1

By the end of the year there were 11 chapters of MADD in California. In 1982 MADD included 100 chapters and the impassioned voices of victims and family members drove real change. Congress passed legislation to award highway funds to states with anti-drunk driving initiatives. Thirty-five states introduced anti-drunk driving legislation and 25 states approved those bills.  MADD also received financial support from Preferred Risk Insurance, the Leavey Foundation, and the National Highway Traffic Safety Administration (NHTSA.)  Then, in 1983 President Ronald Reagan was urged by Senator Elizabeth Dole to support federal legislation to raise the legal drinking age to 21. After much public debate, the bill was approved by Congress and President Reagan signed the Uniform Drinking Age Act into law on July 17, 1984.

Today MADD remains a national voice against drinking and driving and a source of compassion and support for the victims of alcohol-rated accidents. Because of their efforts drunk driving is now a recognized social issue in our country. Alcohol related deaths have declined to about 17,000 per year.

MADD asks each of us not to drink and drive and to call a cab for a ride or rely on a designated driver if we do consume alcohol. Have a safe and happy holiday.