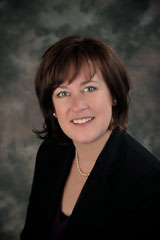 City Council was never a position Ellen Hodorek expected to pursue, but with an opportunity to step up and help restore harmony in Troy in 2010 she found herself giving it careful consideration.  Friends, family, and two former Troy mayors encouraged her to run for Council, but it was ultimately her brother who convinced her.  “He said if he could serve in Vietnam, then I could most certainly serve the City, because he knew I truly cared,” she remembered.  “With that I was all in.”

Ellen was born and raised in Mount Clemens, and her first job was as a “book mender” at the Mount Clemens Public Library.  She attended Macomb Community College, obtaining an associate of arts while working in the college counseling department.  That experience, which gave her a first-hand view of the struggles women encountered when they returned to college later in life, prompted her to attend Michigan State University to pursue a bachelor’s degree in journalism.  “I would not trade that degree for anything,” she said.  “It taught me to look at things from multiple perspectives and the discipline of news writing taught me to look for the facts in every story and to pay attention to detail.”

Her degree led to a 17-year career in Communications at GM.  She met her husband, Mike, while working at the GM Technical Center.  They made their home in Troy because it was “center” in the region and to their families; Mike is a “west-sider” and Ellen an “east-sider.”  Friends also lived here and Troy quickly became home for them.  The Hodoreks moved here six months after their wedding, 26 years ago today, (December 22nd,) and raised their two children in this community.

As Community and Government Relations Manager at Delphi in Troy, Ellen connected with the Troy Chamber of Commerce’s Business and Education Roundtable, the Troy Community Coalition, and to City leaders and mentors including former Mayors Jeanne Stine and Louise Schilling, Councilman Anthony Pallotta, then-Troy District Superintendent Dr. Jan Jopke, citizen of the year Terry Knight, and former City Manager Frank Gerstenecker. They all had an impact on her thinking about the city and the importance of shepherding it into the future with wisdom and pragmatism.When Ellen left Delphi to be home with her young children, Dr. Jopke asked her to serve as the president of the Troy Foundation for Educational Excellence, setting the stage for continuous community involvement at church, in the schools, working as an aide for a special needs elementary student, and ultimately back to a part-time job working for the City of Troy.

“It was eye opening to learn what it takes to run a municipality and to see first-hand the outstanding team serving Troy residents,” she said.

Former mayor Jeanne Stine once told Ellen that she viewed her role on City Council as being a “caregiver for the City.” It’s that thinking combined with her many experiences in both the private and public sectors that Ellen carries with her into Council chambers.

She balances her role on City Council with her work as an investigative analyst in corporate security, investigating disability fraud among other things.  Supporting former law enforcement professionals in their work reinforces the importance of fact finding, the dangers of making quick assumptions before fully investigating situations, and the value of multiple perspectives and thoughts– experience that is valuable when making decisions at the Council table.