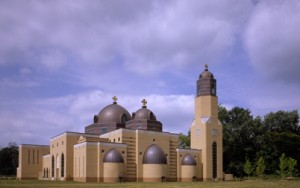 The City of Troy is the home of the only Coptic Orthodox Church in Michigan. The Coptic Orthodox Church of Alexandria, established around 42 AD by apostle and evangelist St. Mark, and is the largest Christian church in Egypt. The Coptics separated from the Roman Catholic and Eastern Orthodox Churches in 451 AD over technical disagreements regarding the divine and human nature of Jesus. Pope, Tawadros II, who resides in Cairo, is the current leader of the Coptic Church.

Egyptians, like other non-European immigrants, arrived in the United States following enactment of the Immigration and Naturalization Act of 1965. Abouna Mikhail Melika (Fr. Melika) was the first Coptic priest to preside over monthly liturgies in Troy beginning in 1967. His successor, Abouna Roufail Mihail, worked with the small congregation to purchase nine acres of land in Troy and begin construction of a church in 1977. The completed house of worship was consecrated on May 8, 1979, the feast day of St. Mark the Evangelist.

While most of the 350 families at St. Mark are of Egyptian descent, the faith family welcomes new members, including non-Egyptian converts and other recent immigrants from the Middle East. Weekly liturgies are offered the Coptic Egyptian language, Arabic, and English. The church also provides Bible study, youth group meetings, and community service at the Pontiac Rescue Mission.