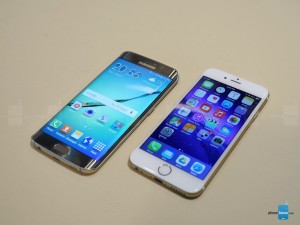 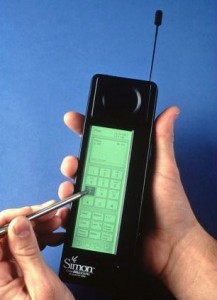 This 365 Story was contributed by intern Michael Niemiec

Smartphones have existed since the early 1990s, though the general public would not have recognized them by that name and their use and impact on society would be minimal for at least another decade. In 1992, IBM came up with Simon Personal Communicator, which had a touch screen, stylus and charging system. The highly-portable BlackBerry and PDA devices of the early 2000s allowed users to call each other, send text messages and check e-mails. Featured on numerous TV shows, the BlackBerry soon became a hot commodity—but the public still wanted their smartphones to do more than call, text and email.

In January 2007, Apple introduced the iPhone and left its mark on society. Owners of Apple’s new smartphone could browse the Internet, watch YouTube videos, play games and listen to music. iPhones included navigation apps that made road maps superfluous. Smartphones became finger friendly as well— users were able to operate the phone using a touch screen instead of buttons.  After witnessing the major success Apple received with the iPhone, competitors began to develop their own versions. HTC and BlackBerry each produced smartphones with similar features, but with short-lived success—many consumers still preferred the iPhone. In 2009, many competitors to the iPhone were introduced: the Windows Mobile-powered HTC Touch Pro2, HD2, Samsung Omnia II, and Android-powered HTC Hero, Motorola CLIQ, DROID, and Samsung Galaxy. By 2012, almost all of these models had disappeared.

The success of the smartphone and its considerable impact on our daily lives signals a societal shift. Many people no longer simply use their mobile phone just to place voice calls, or even send and receive text and email messages. They expect their phone to take digital photographs, play music, post to social networks, play movies and TV shows, assist with navigation, deposit checks, track fitness and more. Smartphones have also become a major source of information about the world, with news alert feeds and Internet-browsing capabilities. Where folks used to wait hours for the news to be broadcast on television or printed in newspapers, smartphone users now have the latest information on current events at their fingertips, practically as the stories unfold.

There is nearly always some backlash associated with social change. Critics of smartphones cite the financial burden of paying for the phones and services, as well as the correlation between smartphone usage and traffic deaths, insomnia, strained relationships and poor attention spans. The compulsion to check smartphones first thing in the morning, throughout the day and immediately before bed feels like an addiction, with nearly half of smartphone users admitting to anxiety when they lose their phone. Despite the possible ill-effects of smartphone use, the development of the smartphone has been beneficial, too: smartphones facilitate easy communication, help us learn new things, utilize applications to simplify our lives, and can even help grow businesses. You can even support non-profits like the Troy Historical Society by using your smartphone—visit https://www.troyhistoricvillage.org/get-involved/make-a-donation/ to see how!