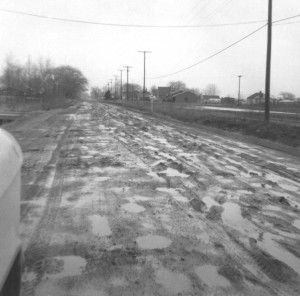 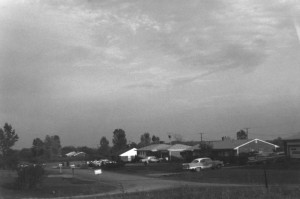 The sentiments expressed by residents who lived in Troy before and during the period of rapid development varied. Some people expressed longing for the lost rural environment; others embraced the change and the positive aspects of development, while a few pointed to deficiencies as they saw them. Former Township Supervisor, Morris Wattles, best summarized the attitudes of those who remembered and valued the open countryside of Troy Township. At the age of 76 he commented:

“The funny thing is that I didn’t have to move to become a city dweller. It happened all at once. One day, there was all the elbowroom we needed. The next day, it seems like all of a sudden we’re stepping on each other. I really must say I don’t like the changes I’ve seen. Things are too high-pressure now. There’s not a feeling of belonging to a community anymore. But I’m too old to move. I guess I can put up with it for my few, remaining years.”

Some of the newer residents, who embraced the country lifestyle when they moved to Troy, also took exception to the new developments that encroached on their subdivision or lot. When confronted by citizens who protested the loss of space or a rural road to a new development, Councilman Peter A. Taucher said that this was a cyclic protest. He remarked to the press in 1978, “We’ve been through this five or six times already.”

Others complained about the cost of sidewalks, curbs, or widened roads. In general, however, the community supported improvements that enhanced safety, traffic flow, or property values. In 1977 Susan Belniak conducted an unscientific, man-on-the-street poll of Troy residents at a shopping center. Fifteen anonymous individuals were asked what they would change about their city. Some suggested the City needed better roads or more police protection. However, all of them ultimately agreed that Troy was a great place to live. One 67 year-old woman stated, “I love it. I wouldn’t have stayed here this long if I didn’t.”