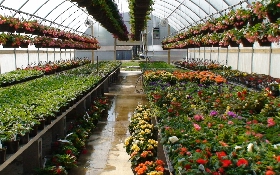 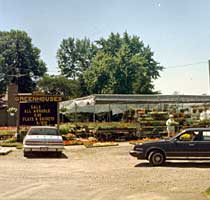 The History of Telly’s, is reprinted with the permission of George Papadelis

The History of Telly’s, is reprinted with the permission of George Papadelis

More than three decades ago, Troy was less than the booming metropolis it is today. George and Mark Papadelis were youngsters whose parents lived on the safe, two-lane road called John R. one half mile north of Big Beaver. Their parents, Gust and Niki Papadelis, saw little harm in the boys setting up a roadside stand to sell plants they had started and grown themselves.

Their entrepreneurship proved productive and profitable. So much so, that it kept them busy until it was time for George to go off to study medicine at the University of Michigan. There, George pursued a career of nurturing people rather than plants for four full years. But each summer, he came home to tend the flower stand. By that time, the operation had grown into a full blown seasonal business. George soon found that he enjoyed cultivating beautiful flowers for the family homesteads of many Troy residents and other passers-by, as much as he enjoyed the challenges of growing the business.

The major dilemma of George’s life came in the summer of 88′ when he had to make the decision whether to apply for entrance into medical school or to re-commit his life to developing Telly’s Greenhouse and Garden Center.

With a lot of support from his parents, Gust and Niki, along with encouragement from Kellie (a fellow student of U of M who is now his wife), George has parlayed a little table full of homegrown flowers into acres of healthy, burgeoning blooms that grace the flowerboxes of apartments, the yards of suburban homes, and the gardens of estates throughout the tri-county area.

While George developed the greenhouse and garden center, his brother Mark developed Telly’s Nursery, selling trees and shrubs. Side by side the two boys have grown their businesses, providing Telly’s Greenhouse and Garden Center customers with a wide selection of plants, great quality, and friendly, knowledgeable service at a reasonable price.

There are great late summer bargains at Telly’s right now. Beautiful roses are on sale– buy one get a second at ½ price.  Also most perennials are 25- 50% off.  For more information go to https://www.tellys.com