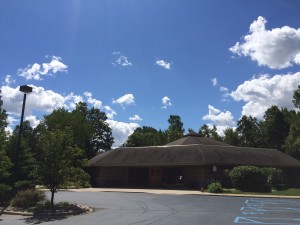 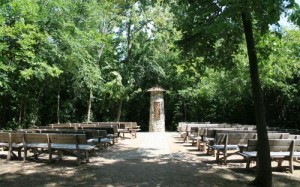 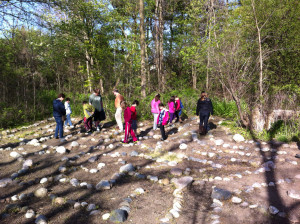 We are grateful to the members of Congregation Shir Tikvah for providing information from their website and records for this story and for granting us permission to use their photographs.

Congregation Shir Tikvah (Song of Hope) was formed in 1982 as the Troy Jewish Congregation by Pamela Spitzer and Phyllis Wenig, two mothers desiring a conveniently located Jewish experience for their children. While Troy and neighboring Rochester are valued for their ethnic diversity, top-rated schools, cultural programs and community safety, they do not have a significant Jewish population.

A small congregation formed and began to worship together, first in Lutheran Church of the Master, and later at Northminster Presbyterian Church. The group affiliated with the Reform movement upon understanding and embracing its identity. New members from a broader geographical area who were seeking a smaller, inclusive and genuinely welcoming and casual community joined the congregation. In 1988, they welcomed Rabbi Arnie Sleutelberg (“Rabbi Arnie” to all), and with his inspiration, eventually joining the Renewal movement. Today, Shir Tikvah serves members from throughout metropolitan Detroit, although it draws primarily from families living along the I-75 and Woodward corridors.

In 1995 the congregation decided to build their own home rather than renting space in churches. They bought property and constructed a synagogue in a quiet residential area of Troy south of Wattles Road at Northfield parkway. In March of 1998 neighbors and members of the Northminster Presbyterian Church and neighborhood residents lined Wattles Road as Rabbi Sleutelberg and the members of Congregation Shir Tikvah processed from Northminster to their new home.

The Shir Tikvah sanctuary overlooks a serene and peaceful forest. The sanctuary is surrounded by classrooms as well as a social hall, all of which can be transformed into open space areas thanks to moveable walls and a multi-purpose facility model. In 2000 they added an outdoor sanctuary using all natural materials. It is popular for summer services and weddings. At the front is a labyrinth for personal meditation.

The Congregation continues to welcome all without hesitation or questions. Non-Jewish spouses and partners enjoy the same rights and privileges as their spouses/partners. And, in keeping with the Reform movement, the Congregation makes no distinction between those who are born-Jewish, Jew by Choice, or a non-Jewish partner. They are equally welcoming to individuals and families of all backgrounds, races, ethnicities, disabilities, sexual orientations, and gender identities and expressions.