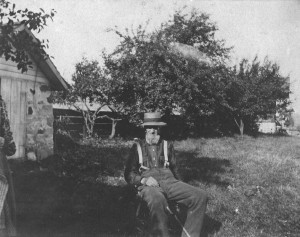 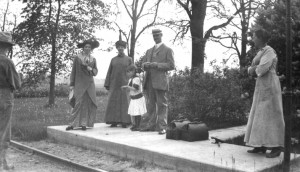 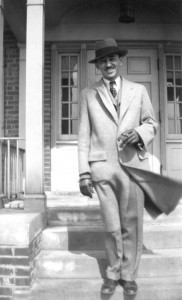 A plaque in Wattles Elementary School, constructed in 1968, reads, “Alexander Wattles, an early settler of Troy, came in 1837 from Broome County, New York. On April 10, he took up land in Sections 25 and 26, Troy Township. His descendants have been active in the development of Troy. This plaque is dedicated to his memory by Great Grandson Morris Axtell Wattles and four Great-great Grandsons: Edgar Silas Wattles, Robert Silas Wattles, Jervis Jennings Wattles, and Stuart Douglas Wattles.”

When Alexander arrived in Troy Township, the land was still heavily forested and Johnson Niles had just built a small timber frame house at the intersection of two paths that became known as Troy Corners. Over time, Alexander’s son, Silas, followed in his footsteps and purchased 180 acres along Long Lake Road, where he grew wheat, corn, and livestock. Silas married Helen Harris, the daughter of another Troy settler, and they had a son, Harry B. Wattles.

Harry continued the family’s farming tradition. He purchased 120 acres of land near the southeast corner of Livernois at Wattles Road where he established the Sunny Crest Dairy Farm. His dairy herd included 48 Jersey cows. In the late 1890s, the Detroit United Railway (DUR) extended a line up Livernois from Royal Oak to South Boulevard, east to Rochester Road and north through the town of Rochester to Romeo and Oxford and even Flint. Harry was able to negotiate a DUR stop at Sunny Crest so he could easily transport his milk directly to Detroit creameries (via Royal Oak) for use at Herman Kiefer Hospital.

Harry’s son and daughter, Morris and Helen Mary, lived in their family’s rambling white farm house all of their days. A graduate of Michigan State University (1918) and Wayne State University (1933,) Morris worked as a high school biology teacher at Pershing High School. He also served as the Troy Township Clerk from 1923-24 and the Township Supervisor from 1925-1930. During this period he was responsible for the construction the 1927 Township Hall (see 365 Story January 29.) Helen Mary taught mathematics at Central High School in Detroit until her retirement in 1947.

Walsh College now occupies the land where Harry’s prize-winning dairy cows once grazed. However, the old farm house still stands just north of the school. It is the home of Brian Wattles, the grand-nephew of Morris Axtell Wattles.

Silas Wattles, age 80, in his orchard