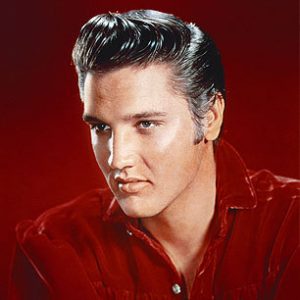 Elvis Aaron Presley was a shy kid from Tupelo, Mississippi who could not read music. His formal musical training included only guitar lessons with his uncles and the local pastor. They taught him to play an instrument he received as a birthday gift. When pressed to enter the Mississippi-Alabama Fair and Dairy Show talent contest at the age of ten, he sang “Old Shep” and took fifth place. Yet Presley went on to become one of the most recognized singers in the 20th century.

Elvis loved gospel and African American music and committed hundreds of songs to memory. He blended elements of rhythm and blues with country music to create rockabilly. His distinctive sound, combined with his electric and often provocative stage presence, earned him the status of a teen idol and recognition as the “King of Rock and Roll.”

Sadly, Presley’s talent and fame were compromised by drugs. After years of abusing amphetamines and prescription drugs Presley died on August 16, 1977 at the age of 42. Toxicology reports indicated 10 different drugs were in his system at the time of his death. After his passing, President Jimmy Carter stated, “His music and his personality, fusing the styles of white country and black rhythm and blues, permanently changed the face of American popular culture. His following was immense, and he was a symbol to people the world over of the vitality, rebelliousness, and good humor of his country.”