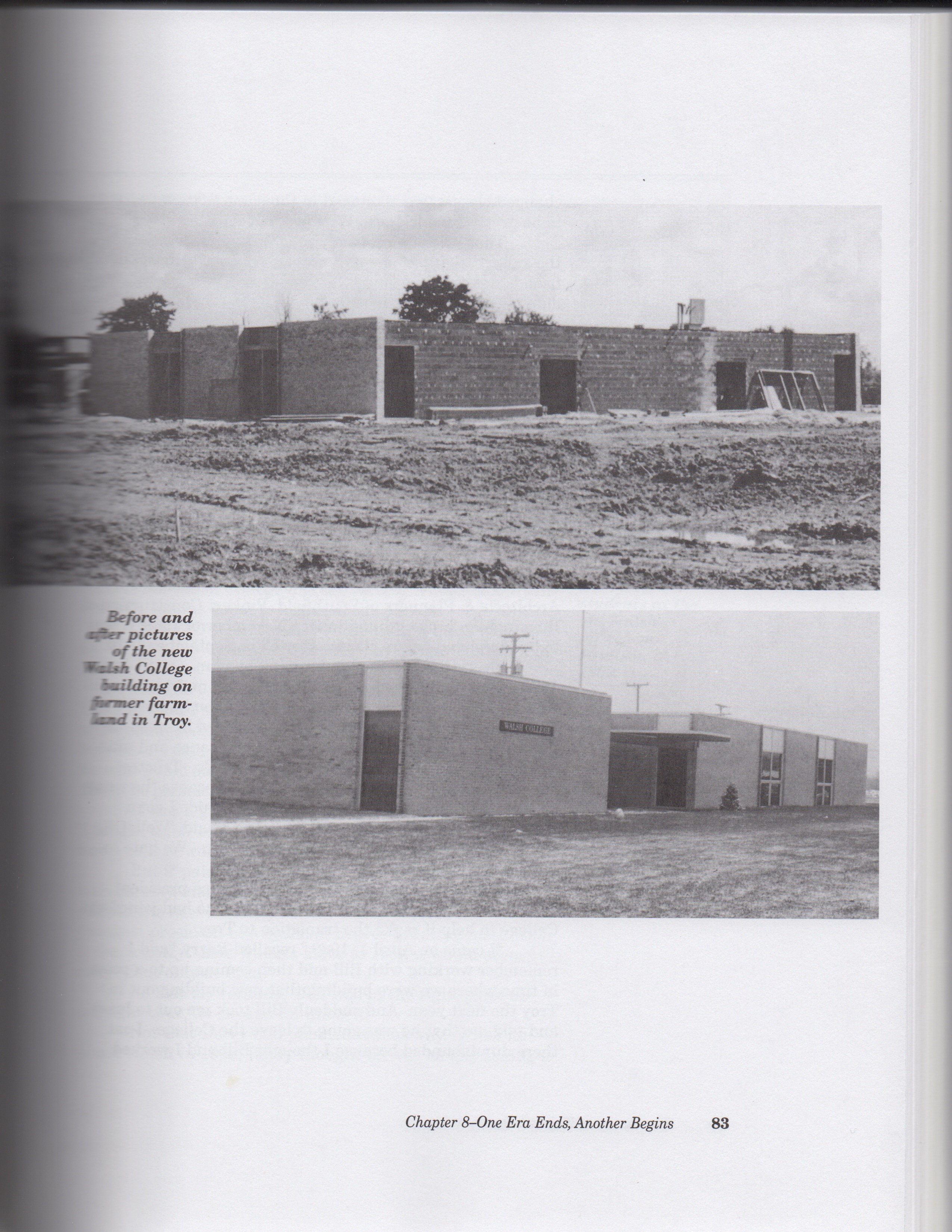 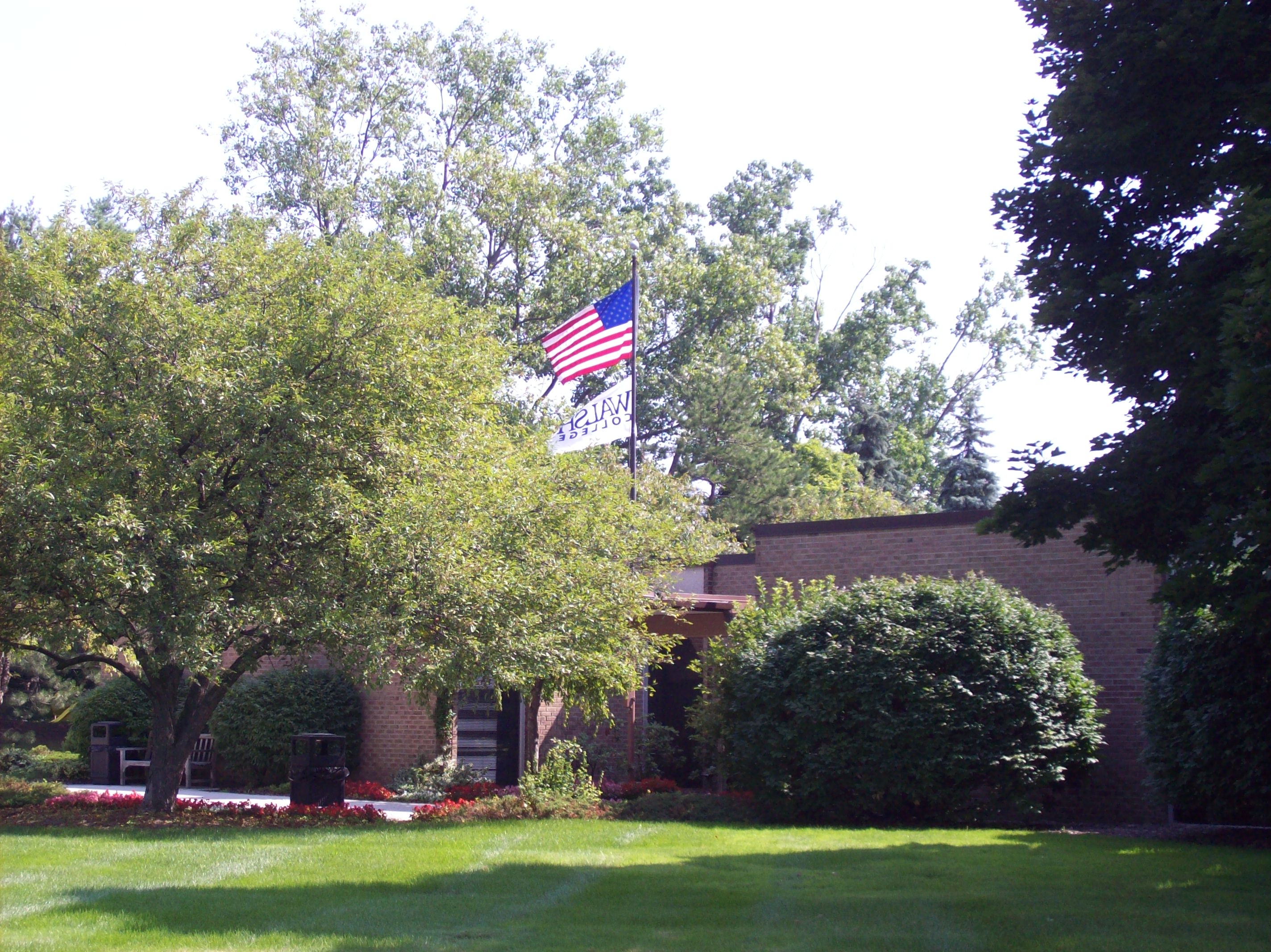 Please note that the Walsh College Story as originally posted contained incorrect information. We apologize to the administration at Walsh College and our readers for this mistake and any confusion that this error may have caused.

Walsh College and the City of Troy have grown together for more than five decades in generating educational and economic advancement for the community.

Ever since Morris Wattles sold 20 acres of his farm, just south of his home, to the Walsh site committee in June 1968, Walsh has proudly called Troy home, building on the business legacy begun with the College’s founding in Detroit, in 1922.

The College’s Trustees approved final building plans in August 1969. The College broke ground in November 1969, opening the doors on September 10, 1970. The original 10,600 square-foot building had six modern classrooms, a library, faculty and administrative offices, a student lounge and a first-year enrollment of 303 students.

Walsh’s academic excellence has fostered further expansion through the years. In April 1973, the Trustees approved a 7,400 square-foot addition that tripled the size of the library and added two lecture halls, a small bookstore, and a student lounge.

In April 1982, Walsh celebrated its 60th anniversary by adding 10,400 square-feet of space for its enrollment of 1,819 students. Expansion in fall 1990 added 33,000 square feet, more than triple the size of Walsh’s first Troy building, and renovated 9,000 square-feet. A new wing on the east side of building added 10 classrooms, three lecture halls, and a cafeteria.

While the face of the College fronting Livernois remained relatively constant, the 37,000 square-foot, two-story Jeffery W. Barry Center, at the rear, was completed in 2007. Other renovations and additions include Blackstone LaunchPad in 2010 and a Finance Lab in 2013. The site now encompasses nearly 38 acres.

In April 2014, Walsh College committed to its current enrollment of 4,038 students’ learning experiences and their success potential — as well as ongoing investment in Troy — announcing $15 million in improvements to the original building.

Pinkert Construction of Birmingham broke ground for the new campus in November 1969. On September 10, 1970, Walsh College officially opened its doors in Troy.

Image Source: Lisa Lagerkvist Johnson, Before and After Pictures of the New