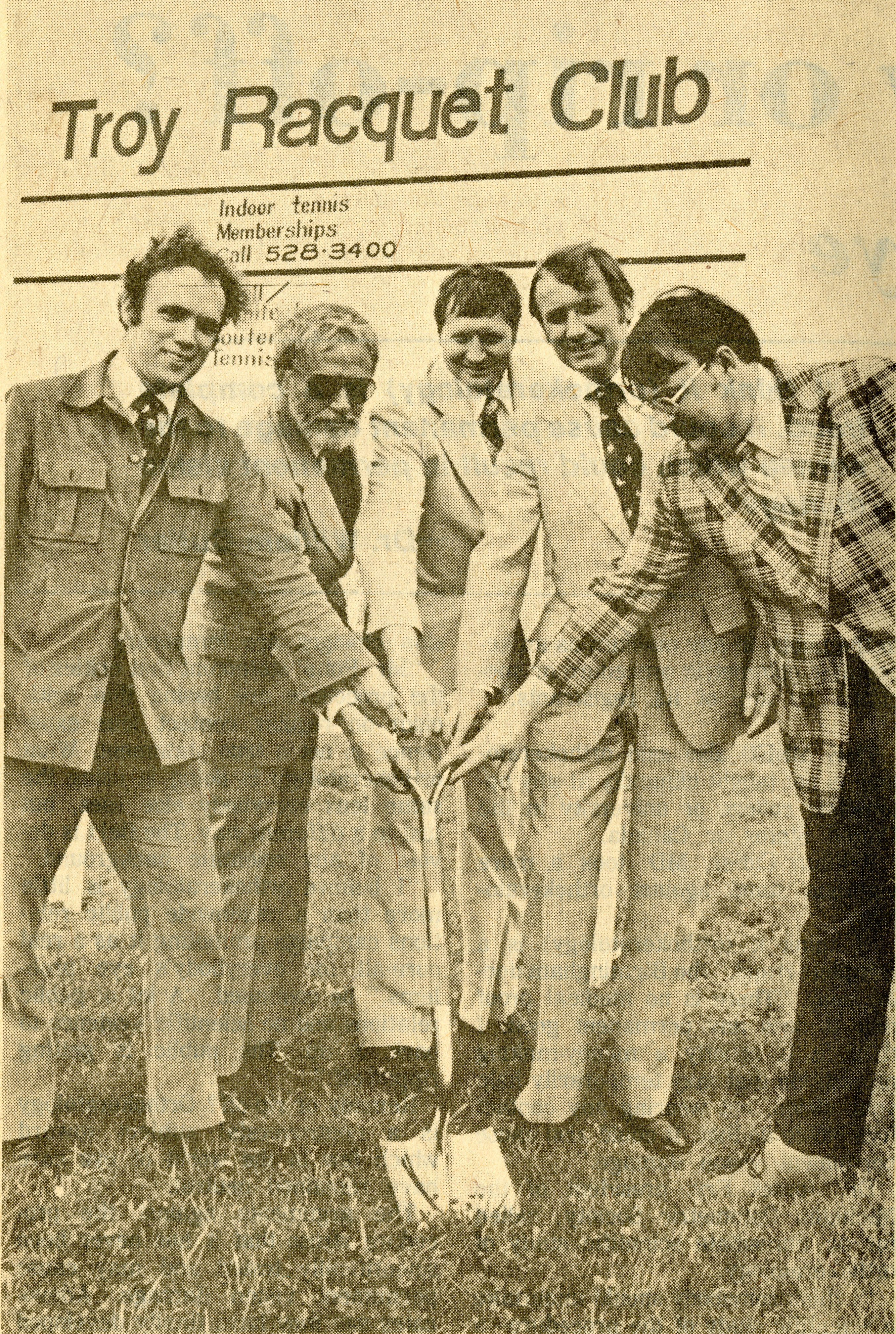 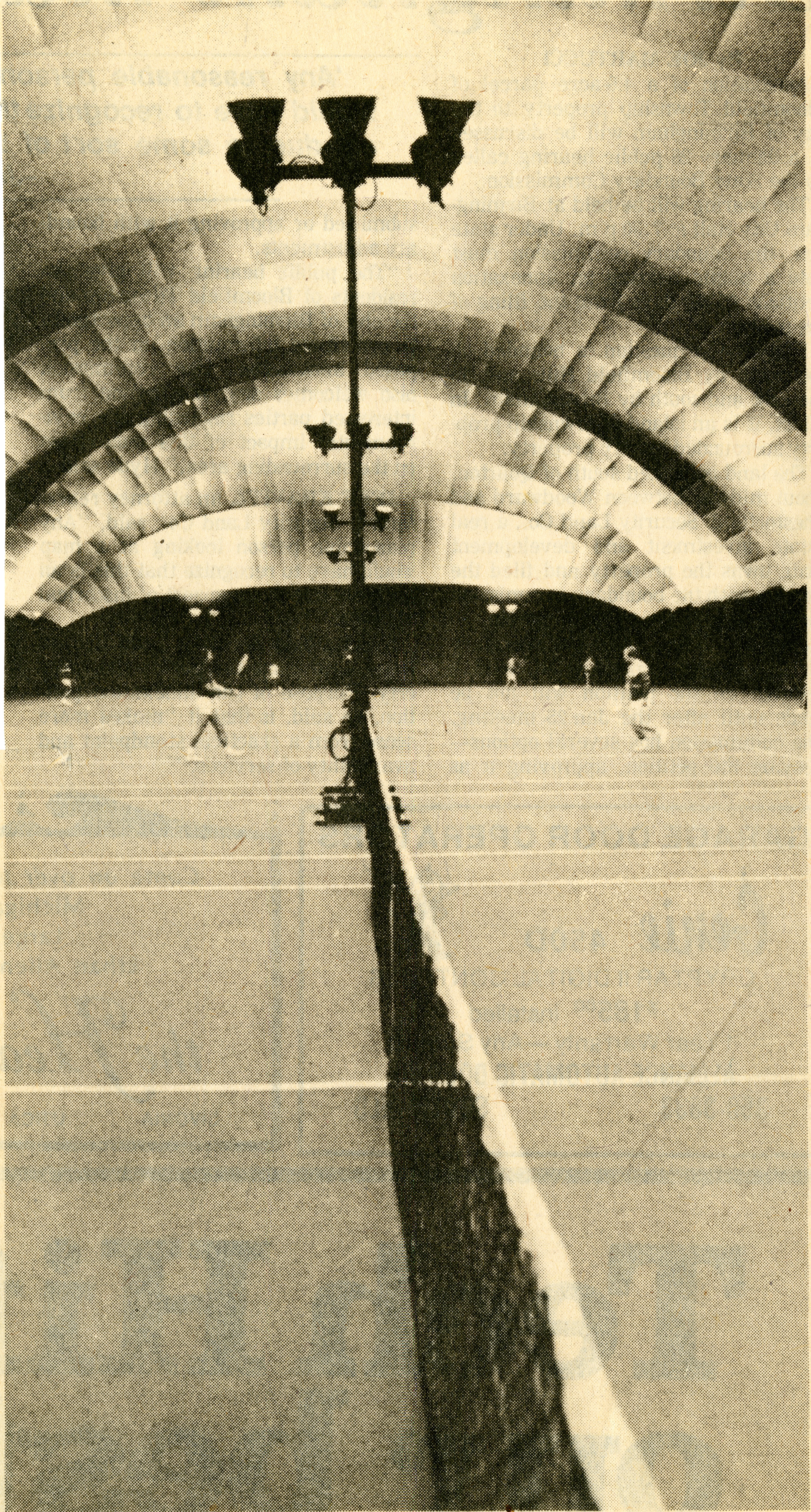 In late 1976, the City of Troy started accepting bids to build a tennis bubble. They wanted a developer who would run the courts during the winter but allow the City to open them to the public during the summer. The City originally negotiated with the Oakdale Racquet Club & Tennis Academy, led by Mark Conti, but when negotiations stalled, City Council accepted the bid of the Troy Racquet Club, headed by Donald Pierce. The City Council ran into opposition from several of their members, as well as residents, who wanted a public hearing held before a bid was accepted.

Ground was broken on Pierce’s planned 8-court bubble in April 1977, but less than a week later, Conti sued the City of Troy for damages, claiming that they had settled on his offer while secretly negotiating with the Troy Racquet Club. Judge Richard Kuhn issued a restraining order on construction while the lawsuit continued, with Pierce joining in defense of the City. Pierce and Conti ended up settling out of court in early May 1977, and the Troy tennis bubble opened that fall. Memberships were $20 for an individual and $40 for a family.

Groundbreaking for the Tennis Bubble