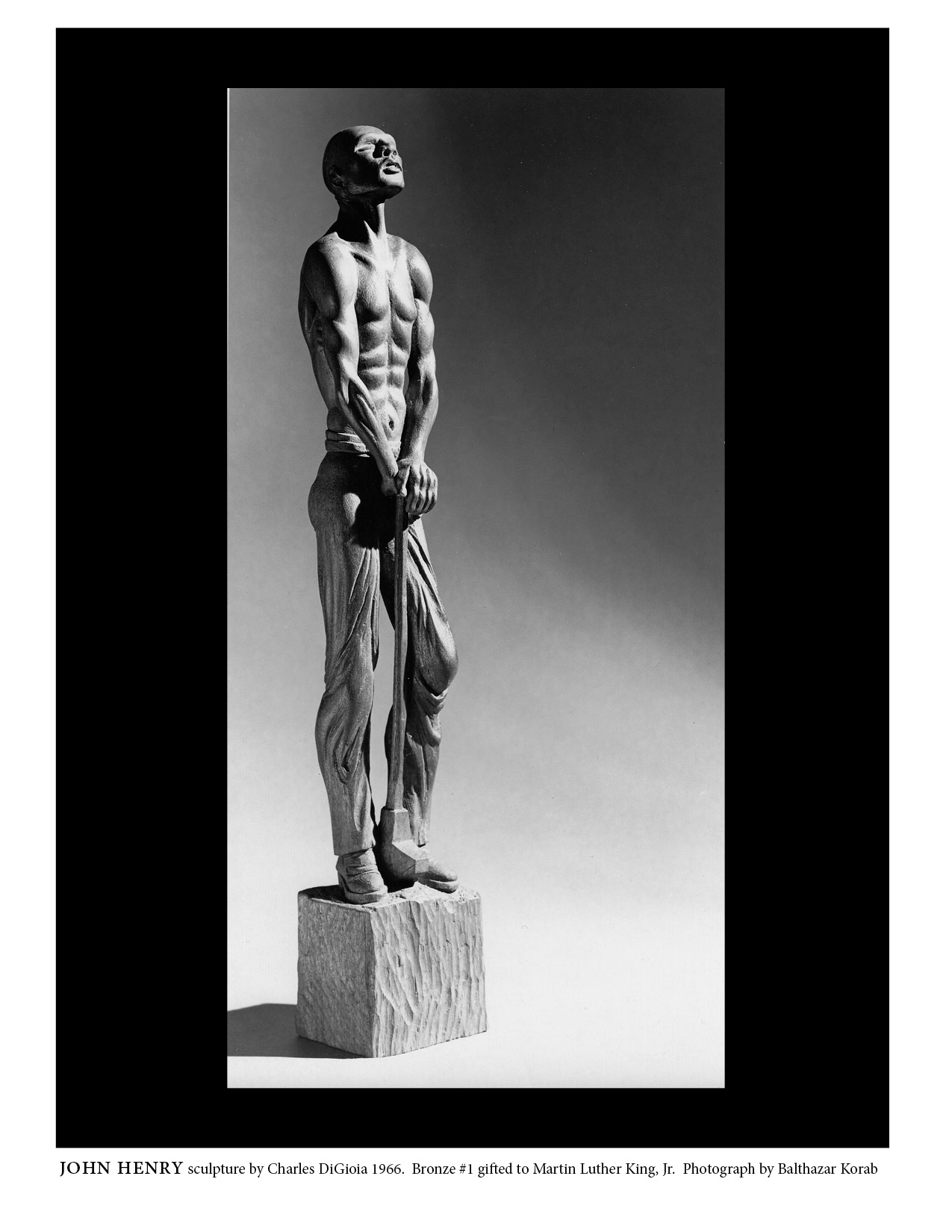 Two years before Martin Luther King Jr’s assassination on this day in 1968, he received a letter from Troy residents Charles and Greta DiGioia, stating in part:

“In every step of development of human society, a people, finding themselves subjects of oppression, struggle to find the freedom their souls year after. In their struggle, they seek a symbol of their desires, to impart to them strength and courage for the battle to their goal.”

Several years earlier, Charles DiGioia, an accomplished automotive designer and sculptor, had carved a wooden statue of John Henry, the symbol of the African-American struggle for true freedom. In 1966, a limited quantity were cast in bronze.

“We request the honor and privilege,” the letter states, “of presenting to you the #1 casting, as an expression of our high regard for your earned place among the peoples of the world…”

“This is meaningful art. Here is John Henry, the child of God, the victim of oppression, the slave of injustice. And here is a man, beaten down and weary, yet a man of indomitable will and spirit. Here is this gentle man with a hammer in his hands and love in his heart. His strength is visible, his courage real. He is still standing. He will not fail. This is what Mr. DiGioia’s sculpture expressed to me. I am honored to accept it. Mrs. King and I want you to know that we now place John Henry among our most treasured possessions.”

Charles DiGioia was born in Rochester, New York in 1913. He held degrees in fine arts as well as engineering, and worked for many years as an automotive engineer for venerated companies such as Raymond Loewy Associates, Herman Miller, Sandberg & Ferrar, and Chrysler Corporation. He also enjoyed a short career as an actor on Broadway in New York City.

Charles married Michigan interior designer and painter Greta Bergishagen in 1961. They moved into a home on Manor Road said to have been occupied by Charles and Ray Eames during their time at Cranbrook. Charles and Greta were active members of the local art community. In 1977, they purchased the original Greek revival style Stone School building, located on the SE corner of South Boulevard and Adams Road.

Charles died in 1983 at age 70. Greta remained in the home until her death in 2008. The original wood carving of John Henry, and bronze #2 are now the property of Greta’s brother who graciously donated the Stone School – designated as an historic property – to the City of Troy.