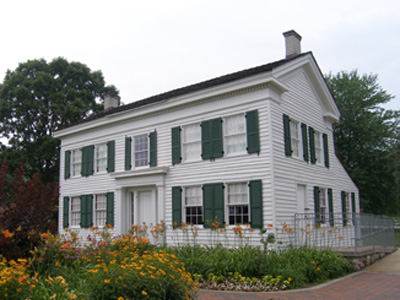 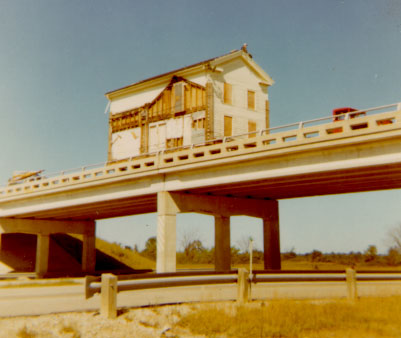 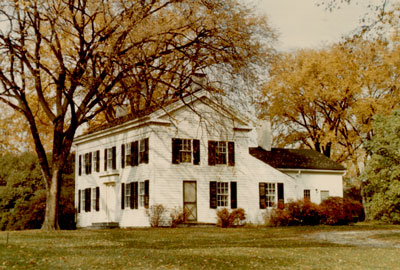 Pioneer Solomon Caswell built a charming, two-story house in Troy Township in 1832. He lived in the home until his death in 1880, one month shy of his 84th birthday. The house was passed to his son George, and then to his grandchildren, Inez and William. Both grandchildren remained unmarried school teachers.

When William died in 1965 he willed his estate to John Di Angelosante, a friend who was employed as the local postman. Di Angelosante auctioned of the antique furnishings and then sold the property to the North Hills Christian Reform Church. The congregation planned to raze the house and build their new church on the site.

Members of the newly formed Troy Historical Society realized that an important piece of local history would be lost if the Caswell House was torn down. Following careful negotiations encouraged by the Society, the Church gave the house to the City of Troy. In turn, Society members raised over $8,400 to move the building (excluding additions) to a new site behind the 1927 Township Hall. The house was restored under the direction of the City’s Historical Commission and opened for public tours in 1973.

The relocation and restoration of the Caswell House was the first in a series of historic preservation projects undertaken by the Troy Historical Society. During the next 40 years they acquired seven endangered buildings with local historic significance, raised relocation funds, and in partnership with the City of Troy relocated them to the Troy Historic Village.

Caswell House moves over I-75