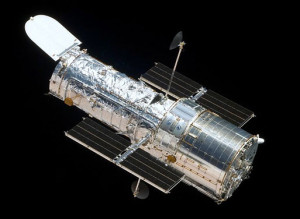 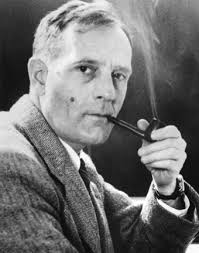 On April 24, 1990 the Hubble telescope was launched into space aboard the Space Shuttle Discovery and expanded our vision and understanding of the universe. While astronomers had peered into space for centuries, their earthbound views of stars and planets were distorted by the atmosphere.

As early as 1923, German scientist Hermann Oberth suggested that scientists should strap a telescope to a rocket that could reach outer space. American astrophysicist Lyman Spitzer began work on a space observatory in 1946. His research contributed to the Copernicus satellite, the Orbiting Astronomical Observatory, and NASA’s Large Space Telescope project. In 1975 NASA in cooperation with the European Space Agency began research on a plan that would eventually lead to the Hubble telescope. Congress appropriated funds for the project in 1977.

Hundreds of scientists, designers, and technicians worked for the next decade on the intricate components of the Hubble. The original launch, scheduled for October 1986, was delayed when the Space Shuttle Challenger exploded. When the solar-powered Hubble was finally launched in 1990, the scientific community and the public were disappointed because the images sent back to Earth were out of focus. A tiny aberration in the 94.5 inch mirror, 1/50th the thickness of a sheet of paper, distorted the light captured by Hubble. Scientists solved the problem by designing a series of small mirrors that intercepted and refocused the light reflected off Hubble’s large mirror. The Corrective Optics Space Telescope Axial Replacement (COSTAR) was, simply put, spectacles for the telescope. The system was installed in 1993 by seven astronauts who spent five days repairing and upgrading the telescope’s intricate equipment.

The Hubble Telescope was named for Edwin Hubble who discovered that fuzzy patches of light in our night sky were other galaxies. The telescope orbits Earth every 97 minutes traveling five miles per second and transmits enough data and images each week to fill 18 DVDs. Astronomers from around the world are able to download and analyze archived data. They also compete for time to use Hubble. Every year approximately 200 research projects are selected from 1,000 proposals submitted for consideration. Information and images gathered by the Hubble continue to expand our understanding of the birth and evolution of galaxies and the age, complexity and wonders of the universe.

For a stunning album of images from the Hubble go to https://hubblesite.org/gallery/album/