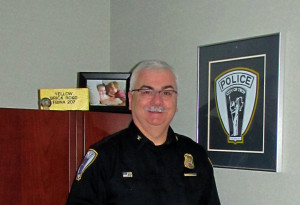 Information reprinted with permission from City of Troy

Chief Mayer graduated from the Macomb Police Academy and served as a Police Officer for the City of Grosse Pointe Farms before joining the Troy Police Department in 1979, where he was also a member of the Special Response and Directed Patrol Units. Promoted to sergeant in 1987; he served as both a patrol and detective sergeant, was on the Tactical Support and Southeast Oakland Curtail Auto Theft and Narcotics Enforcement Teams, and in charge of the Special Response Unit. In 1988, Gary Mayer was honored as Police Officer of the Year for activities involving the Curtail Auto Theft Unit. He advanced to Lieutenant in 1992, where he commanded patrol shifts and the Staff Inspections Section; then added the Investigations and Support Divisions to his credentials when he was promoted to captain in 1995. After serving as Deputy Chief of Police for two years, Gary G. Mayer was appointed the 6th Chief of Police for the city of Troy on April 6, 2009.

In 2014, the City of Troy was ranked 1st in Michigan and 35th in America as the overall safest city (regardless of population size) by CQ Press; and despite significant population growth over the past ten years, crime in Troy has trended down. Chief Mayer credits The Troy Police Department’s problem solving approach of prevention, education, detection and enforcement to their continued success.