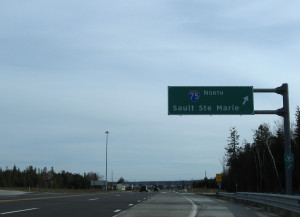 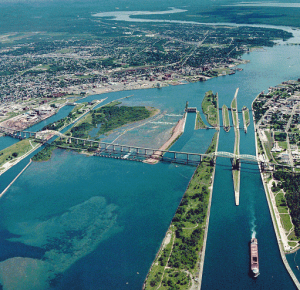 Why I-75 routed through Troy

Why was I-75 routed through Troy?

Interstate 75 was identified as the north-south highway in Michigan that would link the international locks at Sault Ste. Marie with Detroit and later Florida. In the Cold War era Sault Ste. Marie was recognized as a significant strategic military location because of the enormous amounts of raw materials, including copper and iron ore, that were transported from the western Great Lakes, through the locks, to Detroit, and on through the St. Lawrence Seaway to east coast cities and Europe.

Sections of the highway between Mackinaw City and Saginaw were completed before construction began in the Detroit area. Local plans dating back to the 1920s also called for that same interstate highway to connect the industrial and automotive plants in Detroit with those in Pontiac, and then later with the industrial cities to the north including Flint, Saginaw, Bay City, and Midland. The proposed route between Detroit and Pontiac followed a northwest alignment immediately west of Woodward Avenue, which was the main road connecting the two cities.

The Route Location Division of the Michigan State Highway Department reevaluated the old highway plan and recommended that the route be moved east of Woodward. Population densities in the inner suburban communities, traffic, manufacturing, and defense-related industries in that section of the metropolitan area had all increased dramatically. When the expressway was routed east of Woodward, it necessarily went through the brand new City of Troy.